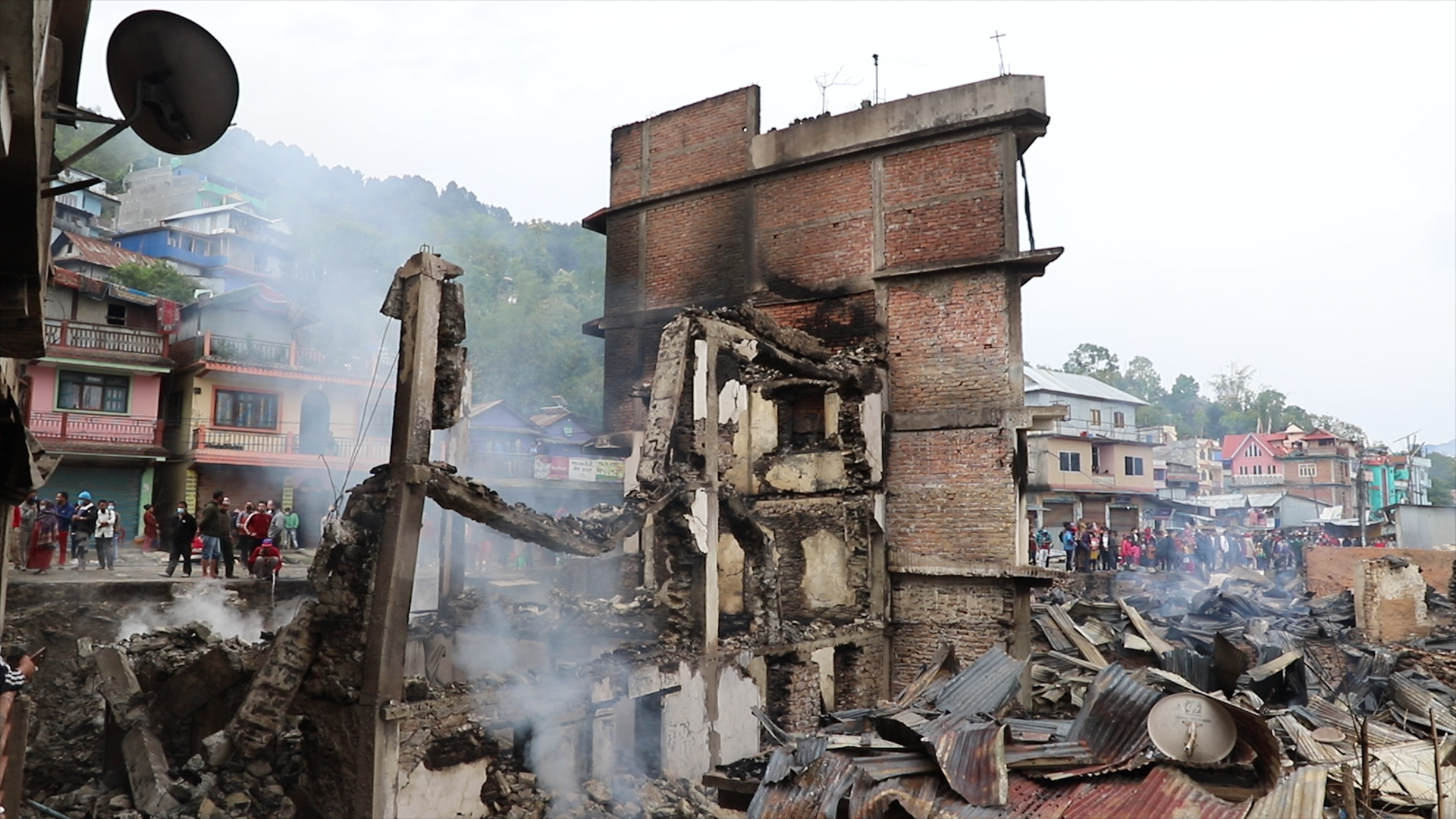 A POST-MORTEM OF PHUNGLING FIRE

PARC has investigated the causes of the latest massive fire to ravage Phungling bazaar, and its findings show how other hill towns with similar features can avert future tragedies.

Nepal was in the midst of a nationwide lockdown imposed by the government to slow down the spread of the contagious coronavirus when a massive fire broke out in Phungling bazaar of Taplejung district.

The fire started at around 10 o'clock in the night of 1 May 2020, and it quickly spread to other adjoining houses. Fire brigade, security forces and local people worked together to control the inferno, but it still reduced seven houses to ashes before the dawn.

It is not the first time that Phungling has been burned down. There have been as many as 11 massive fire incidents in Phungling bazaar in the last 17 years alone.

So why a massive fire breaks out in Phungling bazaar in every 18 months or so?

To be able to communicate disaster risks effectively, it would be important to understand their causes, and how they can be rooted out. Therefore, PARC investigated the causes of the latest fire to ravage Phungling bazaar by adopting an exploratory research method. 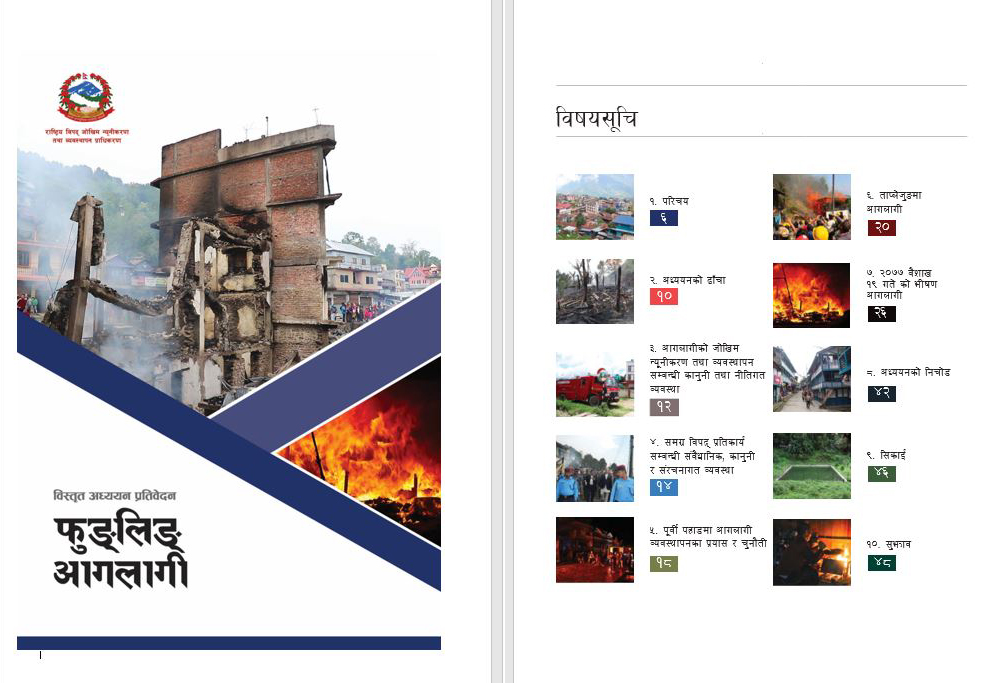 As part of this research, PARC conducted interviews with a wide range of key informants – from local elected representatives to municipality engineers, and from police officers to fire fighters.

The research team also included technical experts with experience in designing fire management plans. They studied and analyzed technical aspects such as types of houses in Phungling, their architecture and wiring system to identify the municipality's vulnerability to fire risks.

The findings of this research can be useful not only for Phungling but also for other municipalities in Nepal's eastern hills in designing fire management plans. Here are some highlights of the findings: