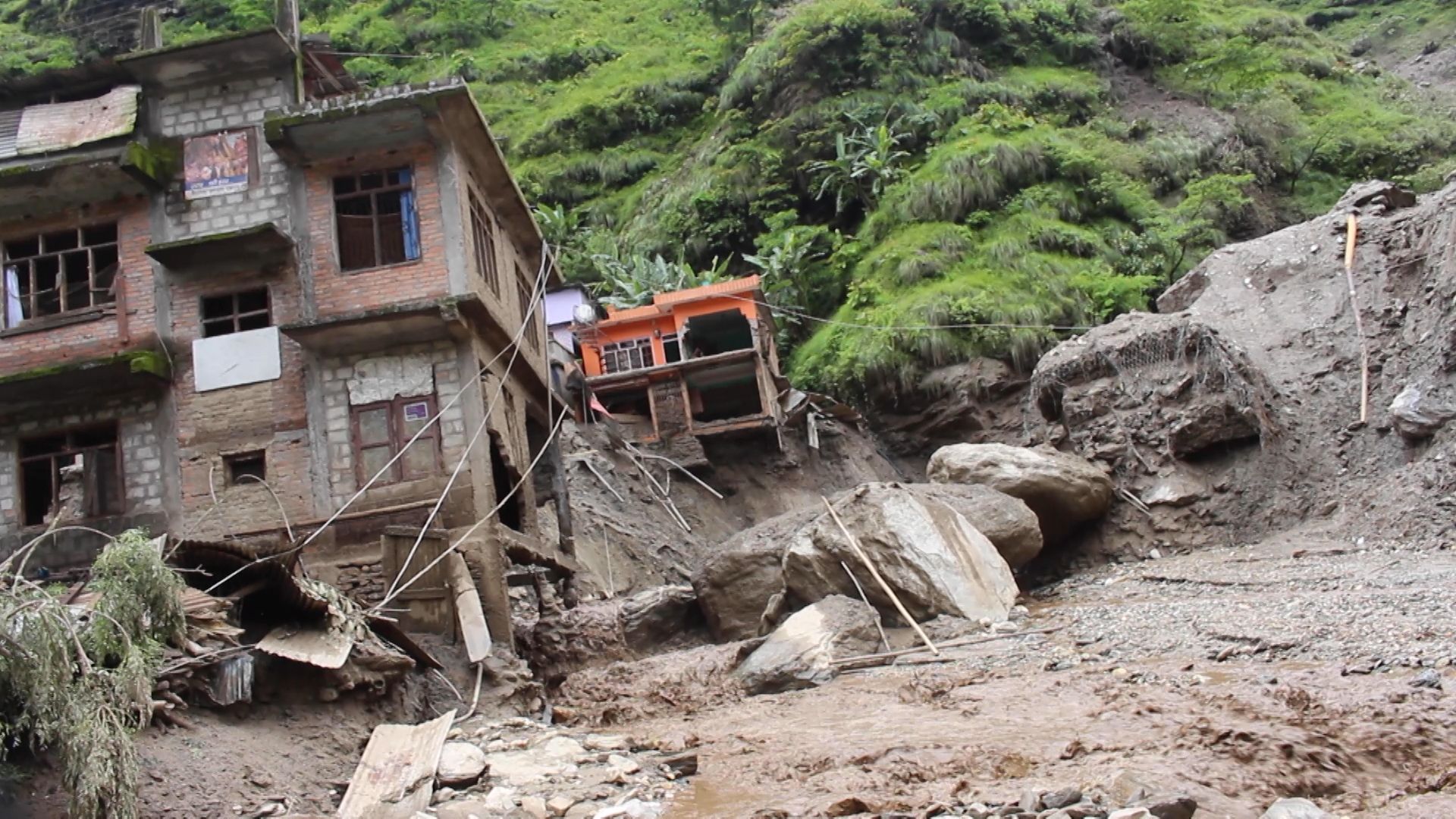 A TALE OF TWO FLOODS

Two similar floods ravaged a rural municipality during the monsoon 2020, but their impacts were different

Jambu and Khagdal are two small villages along the Araniko highway – the most active road link between Nepal and China.

These two villages have some similarities: both are nestled on the foothills of fragile mountain slopes, close to the transboundary Bhote Koshi river, and enclosed by rivulets.

They now have another similarity: both are littered with the ruins of roads, bridges and buildings destroyed by flash floods during the monsoon 2020. 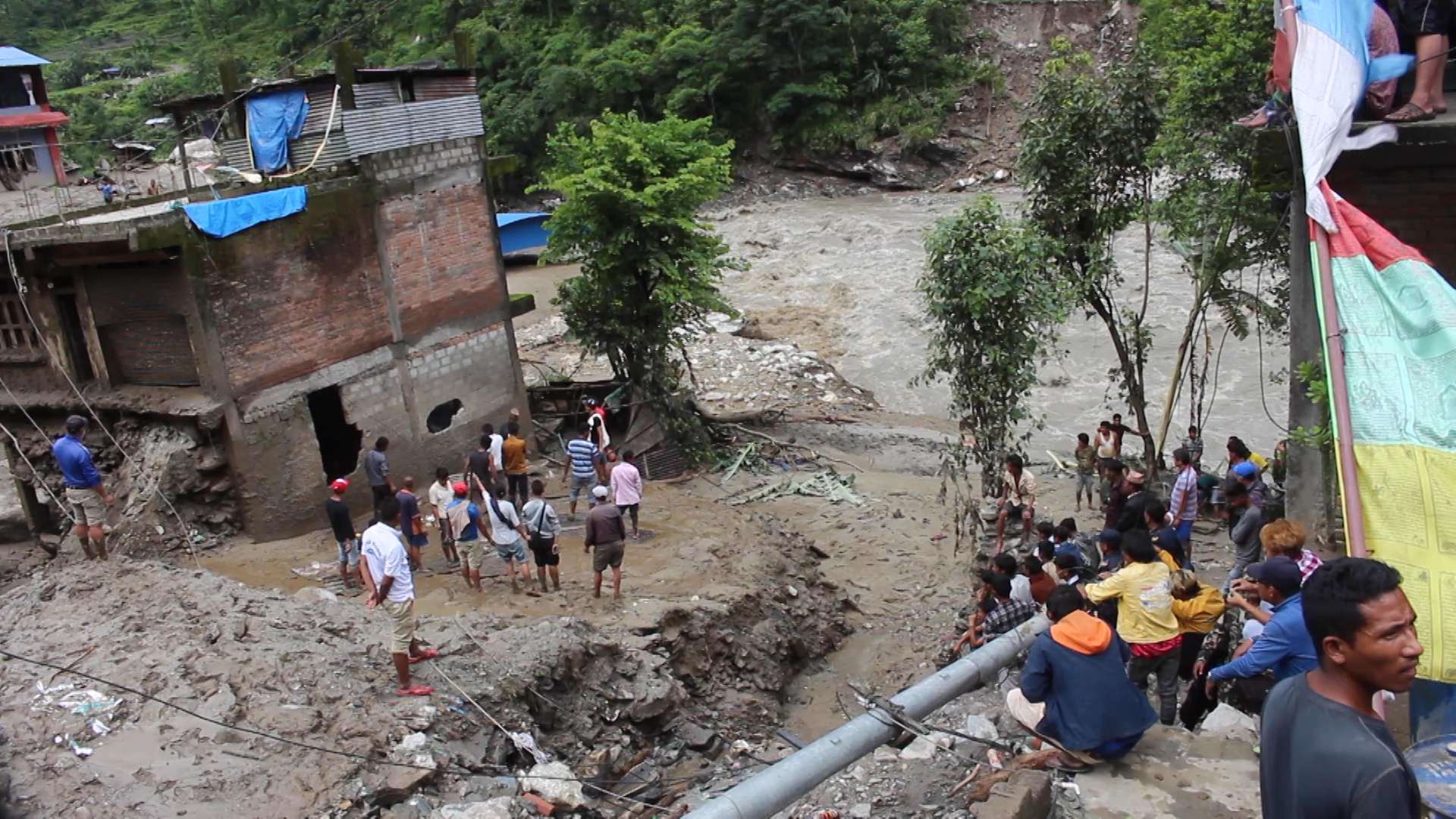 Jambu village in Bahrabise Rural Municipality, Sindhupalchowk after the devastating flood during the monsoon of 2020

In July, a flash flood triggered by incessant rains wreaked havoc in Jambu village. The flood destroyed 20 houses and swept away 17 people.

Only two bodies were recovered the next day. Others are yet to be found, but local authorities have already declared them 'dead'.

Around the same time, another flash flood destroyed 8 houses in Khagdal, which is also located in the same Bahrabise rural municipality of Sindhupalchowk district. But no human life was lost in that flood. Everyone ran to safety before their houses were swept away.

So what went right for Khagdal? How could local people save their lives even as a similar flash flood turned so deadly in the nearby Jambu village?

It all boils down to the instinct of one man, and his ability to sense danger.

Meet Tula Bahadur Shrestha, whose presence of mind saved so many lives in that tragic night of July 9.

It was raining heavily and continuously until late night, and Tula Bahadur was still awake. His instinct told him that something terrible was going to happen, so his eyes were open wide. 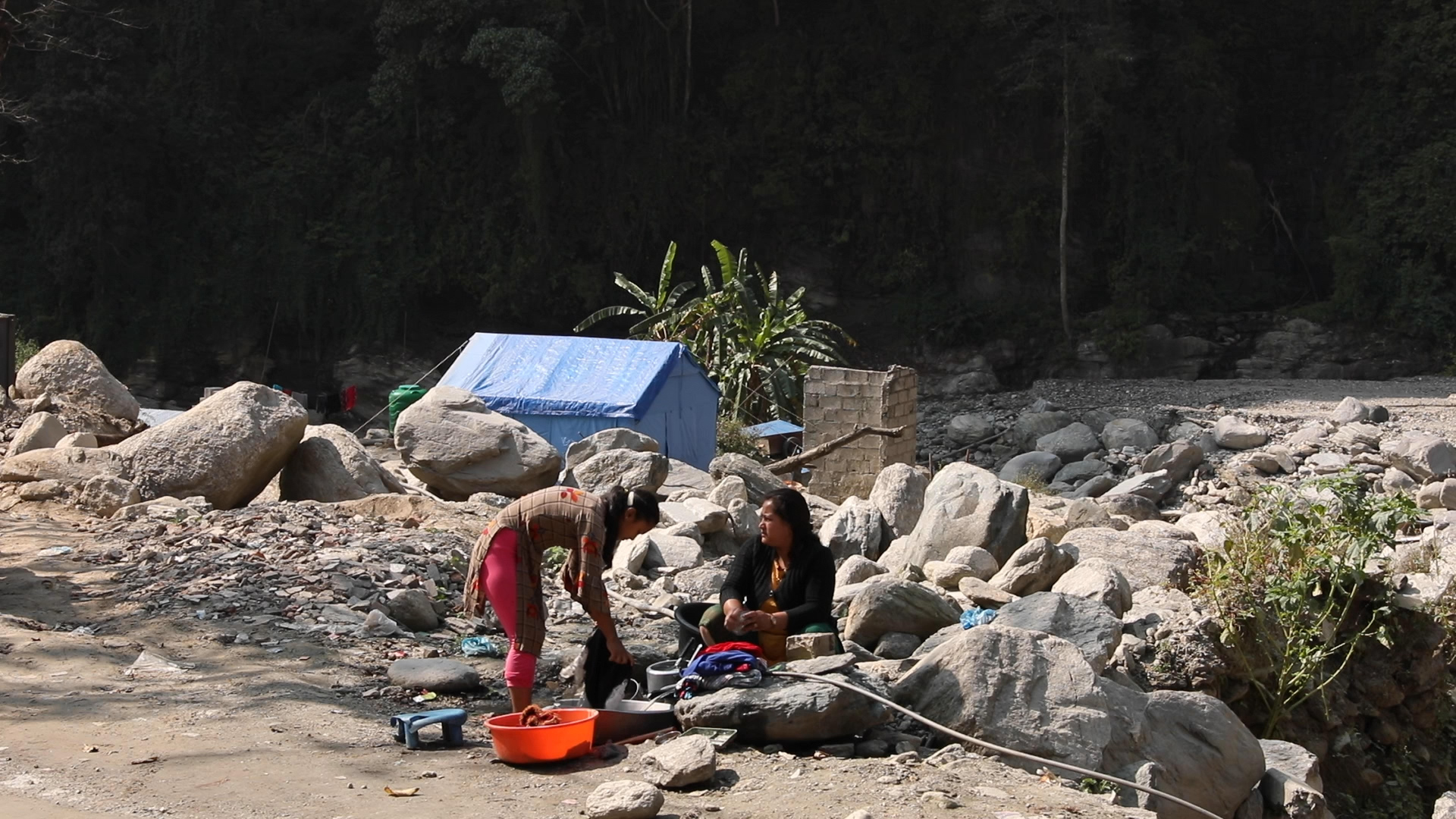 Khagdal village in Bahrabise Rural Municipality, Sindhupalchowk after the devastating flood during the monsoon of 2020

He suddenly smelt mud gushing down a swollen rivulet flowing through Khagdal, and he instantly knew it was a sign of devastating mud-filled flood. Instead of saving his belongings, he started running and shouting while knocking on the doors of his neighbors.

Tula Bahadur and some able-bodied men and women started carrying their children, elderly and physically weak people to safety. There were two vehicles parked on the main street, and they were used to take elderly people far from the flood-risk area.

Just when everyone escaped to safety, the flood entered the settlement and destroyed their houses. Tula Bahadur's house was also gone. But he is satisfied that he was able to save so many lives.

Tula Bahadur's heroic effort and indigenous knowledge about identifying the danger signs of muddy flood have been highlighted in one of the episodes of Dhukka – a television series on disaster preparedness.

Dhukka has been produced and broadcast via Kantipur Television by PARC with a grant provided by USAID's Tayar Nepal – Improved Disaster Risk Management Project. It aims to address the problem of inadequate public awareness about disaster risks and preparedness.